A Former Slave, She Married a White Man and Left a Legacy of Peace in the Wild West

Mattie and John In light of all the racial tension boiling in Ferguson, I thought it would be uplifting to remind us that, even in the Wild West, peace among different races has not always been elusive. Mattie Bost Bell Castner is a wonderful example. Born a slave in Newton, NC in 1848, she and her family moved to St. Louis after the Emancipation Proclamation for a fresh start. Mattie worked as a nanny, domestic servant, and hotel maid. Eager to expand her horizons, though, s
1 view0 comments

Like a Phoenix, Queen of the Utes Rose from the Ashes … Literally

John had Abigail. Romeo had Juliet. Chief Ouray had Chipeta. Chief Ouray and Chipeta Unless you live in Colorado or are a student of history, you’ve probably never heard of her. She was the second wife of the Ute chief, but she came to be so much more. Dubbed “Queen of the Utes” by a reporter contemptuous of Indians, a poet turned the slam into an homage. And well-deserved it was. When Chipeta was only an infant, a band of renegades attacked her Kiowa village. She was the sol
1 view0 comments

The past and the present I love the stories of women who, on the verge of losing everything, look defeat squarely in the eye and knock the snot out of it. When Sarah Cockrell’s husband Alexander died in 1858, he left her with three small children and a few struggling businesses. Oh, and a mountain of debt. At the time of his death, Alexander owned a sawmill, gristmill, office building, and a ferry business in Dallas. Recognizing Sarah’s business acumen, and since he couldn’t
1 view0 comments

A Teenage Girl and a Handsome Bandit. The Stuff of Legends and Regrets.

Do you remember your first boyfriend? Was he, perhaps, a bit of a bad influence? Did you follow him into escapades that now leave you wondering in horror, what was I thinking? Cheer up. He probably never shot it out with US Marshals. Rose Dunn, youngest of ten, was born in Oklahoma and received a formal education from a convent. In the meantime, two of her brothers went astray of the law and started hanging around some pretty tough characters. Sometime in 1892, they brought G
2 views0 comments 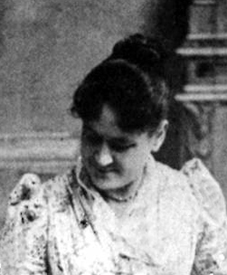 By Heather Frey Blanton Copyright 2014 Heather Blanton Follow me on https://www.facebook.com/authorheatherblanton/?fref=ts and https://twitter.com/heatherfblanton Mollie Fly Not much is known about Mollie. You’ve probably never heard of her. But you know her husband. C.S. “Buck” Fly was THE photographer in Tombstone when the shoot-out at the OK Corral went down. Mary “Mollie” McKie moved with her family to San Francisco sometime in the 1850’s, when she was around 8 or 10. Th
1 view0 comments

Nellie Cashman—Was this Angel Counting on the Rosary and Betting on the Flag?

In 1850, at about the age of five, Nellie immigrated to Boston with her sister Fanny and widowed-mother. The three spent almost fifteen years together there, but then relocated west to San Francisco around 1872, give or take. Nellie and her mother, both of whom apparently had an adventurous streak, decided to move on to the bustling, untamed mining town of Pioche, NV. They only stayed a few years, but Nellie was deeply involved with the Catholic church there, helping with fun
1 view0 comments